An Attraction with a Dash of Sweetness – Chelsea Sugar Refinery

Posted on September 6, 2012 by emeBLOGsuPERadmin
Auckland, the largest urban area in New Zealand, is a place with many exciting features. Serving as the hub of New Zealand’s economy, Auckland offers an experience which intertwines culture and fun to provide something truly unique. Known for its rich culture and lifestyle, beautiful natural parks and reserves, and many exciting leisure attractions, Auckland is also popular amongst tourists as well.

Of the many attractions Auckland has to offer, one which is sure to impart you with a rather “sweet” memory is the Chelsea Sugar Refinery. Located in Birkenhead, the Chelsea Sugar Refinery has stood as an iconic landmark in New Zealand since 1884. Having grown into New Zealand’s main producer of sugar products, this refinery today stands as one of the most successful and community friendly businesses, which have opened the doors of its estate to the public. 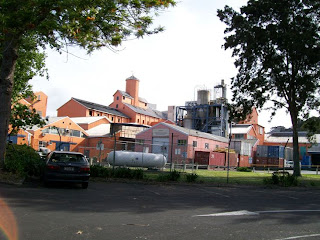 Having gone through several ups and downs and emerged triumphant, the Chelsea Sugar Refinery today stands as one of the most iconic structures of Auckland. Spreading over 54 hectares, the estates of this refinery have transformed into one of the most beautiful privately owned parks in the area and are open to the public. Since as early as 1901 the estates and surroundings of the refinery were beautified, which has resulted in the creation of a peaceful and serene park. One can witness several old features of the refinery such as Regenerating Forests and Water Supply Lakes used back in the olden days. The walkways of this beautiful park are also connected to the Chatswood Reserve and the Kauri Point Centennial Park as well. This park is also home to several exotic and native species of flora and fauna, and four fresh water pools with a variety of marine-life. The walkways of this park are frequently used by joggers, dog-walkers, and families who visit the park to absorb its beauty and relax for a while. So take a break by visiting Chelsea Sugar Refinery and be mesmerized by its serenity and beauty.
Belonging to the prestigious Langham chain of hotels is The Langham Auckland, one of the premier 5 Star hotels in Auckland. Conveniently located in close proximity to several key commercial areas and transport links, this hotel offers tranquil accommodation in 411 dazzling rooms and breathtaking suites. Offering a host of luxury facilities such as exquisite restaurants and spa & wellness facilities, while also providing several business and leisure services, The Langham Auckland is one of the most recommended luxury Auckland hotels.
Tweet

Queenstown Ecotourism– For a Greener and More Invi…

Its location just below Australia, surrounded by the chilly waves of the Pacific Ocean and Tasman Sea gives the air of New…
READ MORE

Waiheke Island: There is something for everyone…

Home to one of the most contrasting landscapes in the world, New Zealand is unlike any ordinary island. Whilst the nation …
READ MORE

Agrodome Sheep Show and Farm Tour – A must visit p…

Agrodome Sheep show is a fantastic event which shows sheep of the most popular breeds in New Zealand. This is a very popul…
READ MORE

An Attraction with a Dash of Sweetness – Chelsea S…

Auckland, the largest urban area in New Zealand, is a place with many exciting features. Serving as the hub of New Zealand…
READ MORE

As Close As You Can Get To Nature – Routeburn Trac…

New Zealand, an island nation located on the Pacific Ocean, is a country known for its natural scenic beauty. Being one of…
READ MORE